What Am I Thankful For? A diagnosis of congenital amusia

In November of 2008 I wrote: "we’ve arrived at the time of the year when it’s traditional to speak of things for which we’re thankful, I figured I would put it like this: I am thankful for a diagnosis, even though that diagnosis is hemochromatosis." Now I'm back with thanks for another diagnosis, one that thankfully does not involve physical pain and suffering, although it has had quite an impact on my life.

The difference a name makes

It was my partner, Chey Cobb, who received that diagnosis of hemochromatosis. The thankfulness we felt at getting this diagnosis came from having a name for the constellation of symptoms that had forced her to quit working and turned her daily life into a daily struggle (one that, sadly, has continued to this day). We were both surprised by what a difference it makes to have a name for the suffering you've been going through.

As inveterate researchers, we saw Chey's diagnosis as a starting point for exploring treatment options, finding support groups, and lobbying policy-makers. I started a Facebook page and website to raise awareness of hemochromatosis, which is widely under-diagnosed and not well understood by many doctors. We personally validated a CDC study that found the average time to get one's hemochromatosis correctly diagnosed was nine years, enough time for the condition to cause irreversible damage to joints, liver, heart, brain, kidneys, and other organs.

Sadly, we saw a replay of this diagnosis phenomenon three years ago when doctors confirmed our daughter's suspicions that she had Multiple Sclerosis (MS). The day she got that confirmation she called us in state akin to elation, tinged with validation, even though she knew all too well that the road ahead was going to be a very tough one. But we understood how much it meant to have a name for what you've got.

When you get a medical diagnosis, particularly one that's taken many years to obtain, there are two phrases that are likely to come to mind right away: "that explains a lot" and "I knew I wasn't imagining things." (The latter is likely to be familiar to female readers - numerous studies show that the tradition of doctors telling women their symptoms are "all in your head" is still a thing.)

The diagnosis that I am thankful for today "ticks all the boxes" as they say in England: it explains a lot, and it validates a whole bunch of thoughts and feelings I've had since December, 1959. That's when, during rehearsals for the school Christmas concert, I first learned of the problem for which I now have a diagnosis: congenital amusia.

Technically, "a deficit in fine-grained pitch discrimination," what I have is sometimes called "tin ear." Indeed, what the teacher said to seven year-old me was: "Stephen Cobb, stop singing, you have a tin ear." What Mrs. Ashby did not know, and I have only just learned, is that I was born that way. In other words, congenital amusia means that I have always been, from birth, somewhat tone deaf.

(I don't want to go into detail about the congenital amusia in this article - I put together the 4amusia website for more information - but studies show that 4% of people have this disorder. My particular form of amusia is not severe, it doesn't mean I don't enjoy music, and I don't lack a sense of rhythm; but, regardless of how hard I try, I can't sing or learn a musical instrument - my brain lacks something in the pitch processing and retention department.)

What I am so thankful for today is the knowledge that my inability to carry a tune or learn a musical instrument is not due to laziness, sloth, or weakness of character - qualities of which I, and many other people with my condition, are routinely accused. I am so grateful that I can now say, with scientific certainty, that those accusations were inappropriate.

I'm sure I could write a whole chapter about how much it hurt to suffer those accusations, the self-recrimination and doubt that it induced. I know I could have done without the castigation of teachers who were sure I could learn to play the recorder - a rite of passage in English schools of the 1950s and 60s - if only I would apply myself. 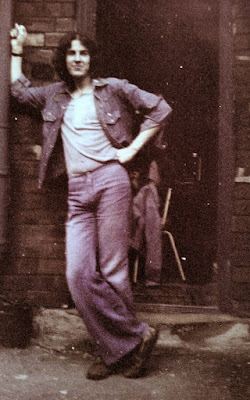 Then there's the chapter on how frustrating it was to grow up in the sixties with a strong poetic streak but no ability to voice the songs I composed, not to mention fruitless hours failing to learn guitar. Sure, I could pose for the album cover, but I was never going to be on the album.

But today I'd much rather give thanks for the unexpected gift of this diagnosis: the empathy it has given me for this thing called neurodiversity, the growing realization that human beings are not all wired the same way.

While I realized long ago that organizational aversion to people who are "different" is bad for organizations, and bad for "differently-abled" people who can bring great insight and real value to any mission, I have to admit that I didn't truly 'get' neurodiversity until I learned that my own brain had a wiring issue.

And as I look at what is happening today in terms of research, it strikes me that there is great potential for humans to learn more about the many different ways in which we are wired. These days a decent school is going to recognize something like dyslexia at an early age and respond appropriately. Hopefully, schools will soon be recognizing that some children don't hear pitch the same way most people do.

While I sometimes get quite emotional about this topic, let me be clear that knowing more about neurodiversity isn't just about people feeling better about themselves, it has seriously practical implications. Knowing the ways in which you are different makes you better able to be the way you are, and it sometimes happens that there are benefits to being wired differently. Society is better off as a whole if we can see that, and go with it.

*With a huge thanks to those scientists who believed people when they said "my failure to learn an instrument was not for lack of effort."
- November 28, 2019 1 comment: