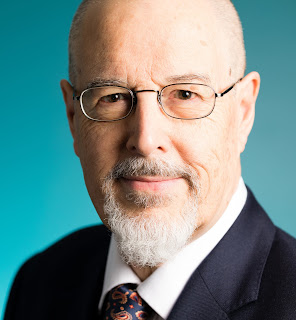 This page provides information about me, Stephen Cobb, tailored for several different audiences. For example, sometimes people ask for my "headshot" if I am writing an article for them or giving them a quote for an article they are writing.

So there is one headshot on right, and others further down. For a low resolution headshot to use online, feel free to screenshot any of the photos on this page.

If you need a higher resolution image you can click on the photo to the right and, when the larger image appears, right-click on it and select "Save image as..."

Also on this page are various versions of my “bio.” This is something else that is requested by journalists, editors, and organizers of speaking events. And if you do quote me, please quote me as "Stephen Cobb, an independent security and risk researcher based in the UK." If brevity is needed, then "UK-based independent research Stephen Cobb" also works for me. For my current bio, the first sentence of the next paragraph is the short version. Additional sentences can be used for a longer bio as needed.

Stephen Cobb is an independent researcher, award-winning technologist, and bestselling author who has studied information security and data privacy for more than 30 years. Cobb has advised government agencies, think tanks, NGOs, and some of the world’s largest companies on the management of technology risk. More? Certified as an information systems security professional since 1996, Cobb holds a master of science degree in security and risk management from the University of Leicester in England. From 2011 to 2019, Cobb led a US-based research team for ESET, one of the world’s largest security software companies. Prior to ESET, Cobb co-founded several security startups and helped lead them to acquisition by NASDAQ-traded companies. A prolific author, Cobb has been been an invited speaker in more than a dozen countries.

There is additional biographical data on Wikipedia.

More than anyone really needs to know


If you’re still reading, I will assume it’s because you want to know more about me, maybe things that not everyone knows. For example, on Wikipedia it says that I have a middle initial, T, but it doesn’t say what that T stands for—it’s Turner. I don’t always use my T but it can help with disambiguation because there are a lot of other Stephen Cobbs out there. 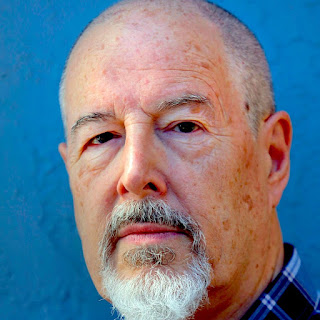 Talking of multiples, I should point out that this is not my only blog. I also publish at Scobb’s Security Blog and at Celtic Curse. However, Cobbsblog.com, right here, is my personal blog, where the topic of each post is whatever I feel moved to write about. You will find more of my opinions, expressed more often, if you follow @zcobb on Twitter.

These days I sometimes post more research-oriented articles on two other sites: Linkedin and Medium. And there is a collection of my research online at Research Gate.

Over the years I have I maintained other sites on the interwebs, such as the blog and IMDb entry for the civil rights documentary Dare Not Walk Alone, which I had the honor of producing with the film’s creator, Hawaii-based artist, Jeremy Dean, and Richard Mergener (with a lot of support from my partner, and fellow Executive Producer, Chey Cobb). While promoting the film I learned a lot about social media and guerrilla marketing. The film was accepted at many festivals, won an audience award, and was nominated for Outstanding Documentary at the 40th NAACP Image Awards.

I used those promotional skills to help launch Monetate, a venture-backed startup launched by a good friend of mine. Over a three year period, 2008-2011, I managed to average one post per week, as the company grew from six people, to over 60 employees, serving a client list that included some of the world’s best known retail brands. When Monetate was on its way to success, I decided to get back to my main career: information security. And back to my favorite state: California. 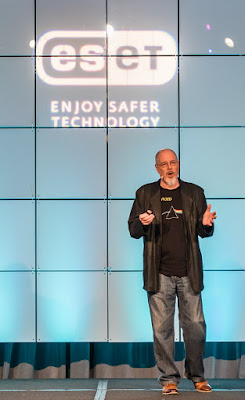 In September 2011, I went to work for ESET, at the company’s North American headquarters in San Diego. My role enabled me to use what I learned about digital marketing and social media to further a cause that has long been dear to my heart: protecting the security of information systems and the privacy of data.

[Note: Since the end of 2019, I have had no financial stake—stocks, shares, and so on—in ESET. In other words, I think that ESET makes good products, I know that I don't make any money if you buy them, or lose any money if you don't.]

Outside of the purely digital realm, back in 2009 I started the Hemochromatosis Facebook page which now has over 9,000 followers and is a kind of self-support venue for people dealing with this potentially fatal genetic disorder. I started that page because hemochromatosis disabled my partner and we learned that it is the most common deadly genetic condition in America (see: it’s what really killed Hemmingway). We also learned that in some countries they spell it haemochromatosis.

Fortunately, Cobbsblog can afford to be less serious, a place where I can have some fun, at least part of the time. For example, I could tell you that I’m dead chuffed that you have read this far, and I hope you’re not too knackered as a result. For even more information about me, gluttons for punishment may read on (all others should feel free to get on with their lives).


I was conceived in the wake of World War Two, part of the “baby boom” generation, a demographic phenomenon born of nature’s attempt to replenish the species after suffering 60 million deaths in less than 6 years. Like many boomers I grew up thinking I was special, only to find there were a ton of other people, my age or slightly older, who also thought they were special. (My therapist says I’m making progress in my efforts to get over this but I still have a tendency to point out the things that make me different–did I mention that I’m left-handed and color blind and have amusia?)

These days I’m semi-retired, exploring the world of public-interest technology. In the past I founded several companies in the computer security and data privacy space. There was InfoSec Labs, a widely-respected security consulting firm. Then there was ePrivacy Group which created programs, standards, and products to protect email from abuse. We created Spam Squelcher, the first anti-spam router, which went on to become TurnTide, which was bought by Symantec and lives on in many of their network security devices.

Before all that I did a lot of writing for computer magazines (one year I put out more than 12,000 words a month, every month, for 12 months). And before that I wrote a bunch of books, mainly about computers, starting with a 700-page manual for a flat file database, complete with graphics and pivot tables (which I wrote for McGraw-Hill in just over 10 weeks).


If you detect an English accent in my writing, it’s because I was born in Coventry, which is in the middle of England. Coventry was founded a thousand years ago and has been a cathedral city for more than six centuries; it was home to England’s first naked feminist tax protestor, Lady Godiva, who founded a monastery there in 1043. You may hear the accent in the TEDx talk I did a few years ago: A Tale of Two Futures.

In more recent centuries, Coventry was at the heart of industrial revolution, the source of the pedal chain bicycle, pneumatic tires, Triumph motorbikes, Swan Sidecars, then classic car marques like Daimler, Jaguar, and Alvis, which had a factory at the end of the street on which I was born. The classic London taxicab actually comes from Coventry. But wait, Coventry also gave the world aeronautical marvels, like Frank Whittle‘s turbojet engine.

When I was growing up in Coventry, the city seemed to live and breathe technology. Both of my grandfathers were engineers. One died when he was 50, the other ended up owning a founder's stake in an engineering company, after starting out on the shop floor operating lathes and milling machines.

My father left school at 16 to be an engineering apprentice. He spent most of WWII as an engineer in the Royal Navy, signing up when he was 18, just a few days after Pearl Harbor. He served on the repair ship HMS Wayland and the last voyage of the battlecruiser HMS Renown. For a while dad worked for the Renfrew Aircraft Company in Canada, which is how I came to cross the Atlantic at the age of six. Later dad worked at Dunlop, helping to figure out how to make the parts that went into braking systems for everything from cars to jumbo jets.

From the age of 12 to 18 I went to King Henry VIII School for Boys, founded by the king in 1545 with funds acquired from closing down monasteries. The government paid for me to go there, and to the University of Leeds (where The Who recorded the Live at Leeds album). I was in the School of English at the same time as Mark Knopfler of Dire Straits and I roomed with Steve Donnelly, one of the world’s most prolific session guitarists (he did all the music for this cult classic).

I spent a year as a graduate teaching assistant at McMaster University in Ontario, Canada (topic: Philosophy of Religion). In 1976 I emigrated to America and I’ve now been a dual UK/US citizen for more than half my life. Speaking of being an immigrant, one of my enduring interests is where I came from.

Thanks to the efforts of my grandparents I had a head start, a hand-lettered family tree titled Cobbs of Kent, an image of which I shared online here. So I have always known who my last 18 great grandfathers were (the short version is that they were all white guys born in England and more than few were men of the cloth). Dna chart More recently I have been checking out my genetic roots via 23andMe and Ancestry DNA. The latter offers an Ethnicity Estimate that pretty much confirms what is obvious to anybody who has met me in person: I’m really white! To be honest, I was hoping there would be more diversity in there, maybe on my mother’s side.

Time and genetics may tell, but what I have come to understand from my research into human genetics and DNA is that the concept of “races” is scientifically meaningless. All humans belong to the human race, and the differences in our outward appearance result from the climate and geography of the parts of the world in which our ancestors evolved, not some inner quality that divides us.

In my spare time


In my spare time I am really boring, I mean I actually enjoy researching and writing in my spare time (see ancestry above). Current topics of interest are: neo-luddism, intersectionality, Unconditional Basic Income, and the implications of automation, machine learning, and AI. But I do find time to watch television, mainly for movies and long form drama, often from foreign countries.

My serious interest in movies goes back to King Henry’s – the school, not the reign – where I joined the Film Club and, thanks to some very progressive teachers, got to see true classics, like Kurosawa’s Seven Samurai and Rashomon, when they were not generally available. Sometimes I would save up pocket money to take the train to London to see films that might not make it to general release.

Making your own films back then was very expensive, so I stuck to still photography and saved up to get my first 35MM SLR when I was 17. It was a very basic system and although I’ve been taking pictures ever since, my particular interest has been trying to good shots with basic gear. I will post a link to some of them soon.
Email ThisBlogThis!Share to TwitterShare to FacebookShare to Pinterest
Home
Subscribe to: Posts (Atom)