30 years ago this month, December 1982, I sat down at my first personal computer, a KayPro II, and started learning word processing, spreadsheets, databases, and something called an operating system (in this case CP/M). I got my first book contract 5 years later, in other words, 25 years ago this year. Within 5 years I had written a dozen books on word processing, spreadsheets, and database management. In 1992, my first book on computer security came out, so 2012 is the 20th anniversary of that event. 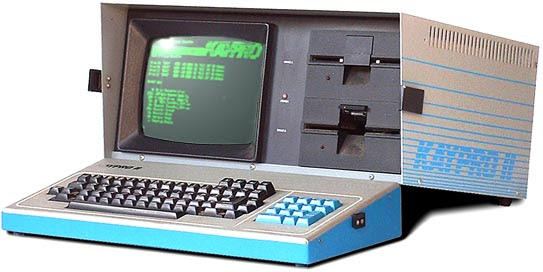 BTW, my first computer, that KayPro II, was a "portable" computer. (Yes, it weighed 26 pounds, but the keyboard could be fastened across the 9 inch screen and the unit could be carried using a built in handle.) The KayPro II enjoyed an anniversary this year as well: it was introduced in 1982. Fun fact: There was no KayPro 1. The name KayPro II was used to one-up its main rival, the Osborne 1.

Another fun fact is that the KayPro was built in San Diego, which is where I live these days. The original manufacturer was a company called Non-Linear Systems, founded by Alan Kay, who also founded the Rotary club of Del Mar in San Diego County. And to return to the theme of anniversaries, the company that brought me to San Diego, ESET, had two anniversaries of its own this year. The founders of ESET created their first antivirus technology 25 years ago and the company was founded 20 years ago.

To round out this roundup of 2012 anniversaries, the twentieth DEF CON was held this past summer. The now legendary hacker conference/convention first happened in 1993 and was called, logically enough: DEF CON I. My first DEF CON was DEF CON III in 1995. I was invited to speak and had a great time doing so. It was a pleasure to return in 2012 and see so many friends, despite the huge crowds.

Finally, 2012 marks 10 years since I published my book on privacy: Privacy for Business, a modest attempt to provide businesses with a primer on digital privacy issues. While some of the information in the later chapters is a bit dated, the principles covered in the early chapters still apply and you are free to download a PDF of the book. Again, I was not the first person to write a book on privacy in the digital age, but I think it is fair to say that I was one of the first people in computer security to signal the huge impact that privacy concerns would have on the evolution of security. I certainly enjoyed the time I spent in the early days of HIPAA and GLB and such, educating privacy people about security and security people about privacy.

I have also enjoyed the symmetry and happy coincidence of so many anniversaries this year but it is now time to say goodbye to 2012, a year of milestones remembered, and look forward to what the next 10, 20, 25 and 30 year markers may bring.
- December 29, 2012